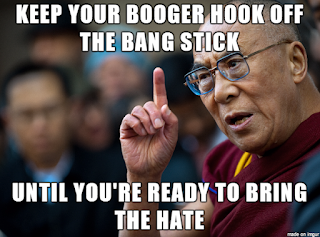 The exchange began with conservative Twitter commentator Joe Biggs responding to a story on Swalwell’s Thursday op-ed in USA Today, titled “Ban assault weapons, buy them back, go after resisters.” “@RepSwalwell wants a war,” Biggs wrote. “Because that’s what you would get.”